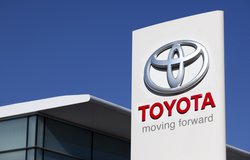 Connected car production will grow from 12.4 million shipments at the end of this year to almost 61 million by 2020, according to the latest research note from analyst house Gartner.

The adapter, which comes with an unlimited... 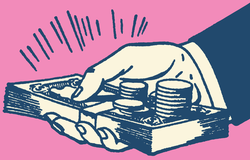 On the back of the addition of more than one million new connected devices over the past 12 months, Spireon has reported its 20th straight quarter of year-on-year revenue growth.

The addition in connected devices was witnessed across all major vehicle telematics segments, including new and used car dealers and lenders, small and medium sized fleets, transportation and trailer, rental car companies and consumer markets. Profitability more than doubled at the company that boasts over...

Automotive giant Ford is launching the Automotive Wearables Experience laboratory in Michigan aiming to assess the potential of wearables and connected car technologies.

Automotive giant Volkswagen has expanded a five-year relationship with RealVNC to enable it to ensure a consistent quality user experience in its cars – whatever handset the user is using.

Using its VNS Automotive Mirrorlink Certified solution car owners are able to pair their car with their smartphone. This then allows their devices to perform numerous functions within the car – from streaming movies to the backseats to running mapping applications on the centre...

In a speech during the Automotive Megatrends conference in India, Deshpande said the introduction of Ethernet in the automobile...

A multi-function smart pole was shown at the IoT World Forum in Dubai which could help to ensure pedestrian safety, detect speeding vehicles, and reduce electricity consumption.

The functionalities are just a few of the possibilities of the new smart pole street lamp from Etisalat, which can act as a streetlamp, security camera, and even a WiFi hotspot, the company claims. With...