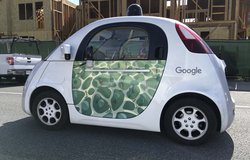 Many drivers, learners in particular, hate complicated maneuvers such as reversing around corners and three-point-turns.

But Google has said in its latest self-driving car update that it’s teaching its cars to handle these sorts of moves.

Google's Android Auto to roll out 'for every car'

In-car technology is becoming the norm in almost every new model that’s arriving on the scene for 2017 and beyond.

The problem with the rise in sophistication of car tech however is that in the future, there will be vast numbers of older cars which aren’t connected.

One potential solution to the issue - at least for those with Android phones - is Google’s latest announcement.

The tech giant has rolled out Android Auto as a...

Google’s driverless cars learn how to use their horns

Google’s self-driving cars are set to adopt the use of the horn, according to the technology giant’s monthly report, pledging that it will be “polite, considerate, and only honk when it makes driving safer for everyone”.

The tech giant revealed that the car horn will be in use only to inform others of the vehicle’s presence in instances when another car is backing out of a driveway or swerving into a lane. The test drivers have been aiding the cars in...

Hyundai rolls out greater smartphone integrations for existing models in US

Hyundai is rolling out a do it yourself installation towards adding smartphone integrations to many existing models in the US.

Starting in June, customers can get the software at Hyundai dealerships nationwide for an installation fee. The software update compatible with CarPlay and Android Auto is now available at no cost through MyHyundai.com.

In order to make the upgrade functional, owners need their VIN number and a USB memory stick or the SD card from their Navigation system.... 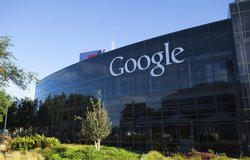 Google plans to bring the complete Android Auto experience to smartphones, removing the need to plug the phone into a compatible car.

The feature, as reported by The Verge and as explained by Google at its I/O conference, will come via an update to the Android Auto phone app towards the end of 2016. As a result, drivers can mount the phone on the dash and use the Android Auto app for... 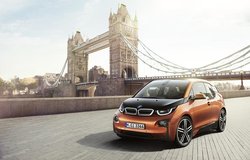 The company's flagship vehicles, the BMW i3 and BMW i8, both feature integrated SIM cards through which the vehicle can interact with the internet and the increasing amount of "things" being connected to it as part of the IoT.

BMW has put a focus on harnessing the latest technologies outside of the company's... 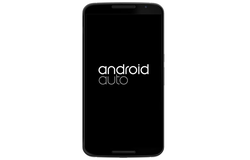 Instead of forking-out cold hard cash for an expensive head unit, all developers need to do is connect their Android device to a computer and the mobile device will think it's connected to a physical car. This allows developers to see how their...

Hyundai adopts Baidu CarLife for its connected cars in China 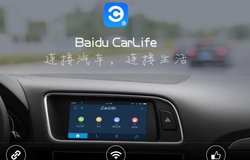 Hyundai has announced that it will be one of the first manufacturers to use the service after the two companies signed a memorandum of understanding and it is planning to embed the software in a Sonata sedan.

The ongoing wrangling between the Chinese government, Google and Apple over their systems is what led Hyundai to investigate Baidu’s carlife, according to...

Infotainment updates in cars: Why delta technology is better than compression 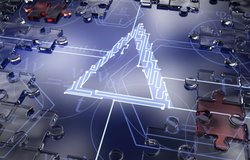 There is a lot of talk about software revolutionising the automotive industry and the conversation is growing because of how software management will impact the whole business of recalls.

The outrageous amount of good money going after bad is the reason why car manufacturers and tier one suppliers are looking for an optimised and alternative way to reduce the amount of time it takes to deliver a software update, reducing the cost associated with recalls and improving customer...