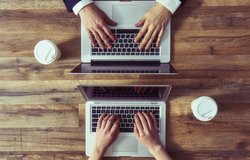 Connected cars are causing something of a stir in various countries around the world. It's becoming clear that eventually, completely autonomous may be the route we go down - but how, what it will look like and whether it will be 'accepted' is something that researchers are currently delving into.

The Economist Intelligence Unit (EIU) has just produced a report that examines the ongoing development of connected cars and how research is going down so far. 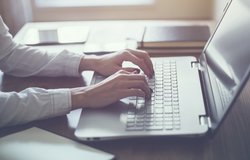 It’s been a busy month already for driverless cars in the UK. In Milton Keynes, they had their first public outing in the LUTZ Pathfinder Project, and more research emerged detailing public opinion of autonomous...

Over half of UK drivers uncomfortable with driving in or alongside self-driving cars, research says

Over half of UK drivers said they would be uncomfortable driving alongside or using a self-driving car, according to new research.

A report carried out by Goodyear and the London School of Economics and Political Science (LSE) show that only 25% of UK drivers who responded said they would feel comfortable with using a driverless car.

They are a technology that is gradually emerging into an...

Germany asks Tesla not to use 'Autopilot' in advertising 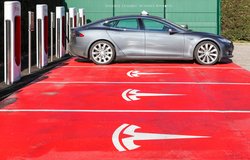 The German transport minister has asked Tesla to stop using the word Autopilot in the advertising for its cars, according to Reuters.

A spokeswoman from Alexander Dobrindt's ministry, the Federal Motor Transport Authority (KBA) confirmed that they had written to Tesla to make this request, following a report in the German Bild am Sonntag newspaper.

The idea behind asking Tesla to stop using the word Autopilot was reportedly as... 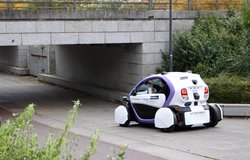 The UK has had its first public trial of self driving vehicles last week, with the Transport Systems Catapult in Milton Keynes demoing a UK-developed autonomous driving system.

This marked the end of the LUTZ Pathfinder Project, which has been developing the technology for the past 18 months.

As part of this project, the team have been running exercises to prep for the... 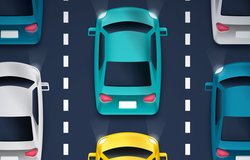 Here’s a research statistic which proves consumers’ trust in driverless vehicles: 57% of more than 1500 people surveyed by consumer finance provider Varooma say they would prefer to take control of a flying car than be controlled by a driverless car.

The survey findings naturally need to be taken with a pinch of salt, although there are some interesting statistics in the research. Almost three quarters (73%) said they would not give up driving for driverless cars, while 38% of...

As the analyst firm explains, cars are among the costliest as well as one of the most inefficiently used assets today, but when operated around the clock on a service based business model can results in a tremendous potential...

Opinion I am pretty sure that Uber’s announcements over the past couple of years around building a centre of expertise in driverless vehicles did not come as a surprise to anybody interested in these technologies.

Though Uber hasn’t clearly mentioned why it would hire a few hundred engineers or buy a startup to support its driverless capability development, as it has done since then, the reason is quite straightforward: replacing more than one million freelance taxi drivers and...

The US government has released its official verdict on autonomous cars, claimed to be rooted in the US Department of Transportation’s view that such ventures bring “enormous potential benefits” for safety and mobility.

Key to the policy is a 15-point safety assessment for manufacturers on how to achieve a ‘robust’ design for highly automated vehicles (HAVs). Different approaches are allowed so long as the main criteria are met.

Among the more interesting...

In a famous episode of UK sitcom Only Fools and Horses, the protagonists chase an ambulance through London after a deal goes awry – and then lose it as it goes straight through a red traffic light. “How could you possibly lose an ambulance?” exhorts Del Boy. “It’s a ruddy great big white thing with a flashing blue light on the top! And in case your peepers ain’t too clever, it makes a sound like an air...