Tesla has announced it will have a European presence after acquiring German firm Grohmann Engineering.

The company has increased its output target to half a million cars per year by 2018 and as such, sought out engineering talent in automated manufacturing systems.

The business will also serve as the first base for...

While fully-autonomous cars becoming a mainstream feature in our towns and cities may still be a decade or so away, researchers and governments are already looking at their potential impact in a number of areas.

So far studies have looked at people’s perception of driverless cars, as well as their impact on safety, insurance and the environment.

But one paper that’s just been published has examined autonomous vehicles from a perspective...

Trucks with self driving capabilities are coming to UK roads as soon as next year, according to Oxford-based auto tech company Charge.

The company builds easy-to-assemble, energy efficient and autonomous-ready smart trucks and are developing some for sale in the UK market in 2017.

It's also opening its first factory next year in Oxford, which it says is "the first of many".

Charge's trucks range from 3.5 to 26 tonnes and are built using ultra-lightweight composite materials that reduce the...

Safety first: Why you should change your view on autonomous cars They’re the cars of the future, but many people are still concerned about the safety of autonomous cars. Can a car that drives itself really be safe and trusted on the road? Set your fears aside, because self-driving cars are actually incredibly safe and could lead to a much safer driving environment for everyone.

The core of a safe autonomous car is its operating system. Because they don’t rely on a human driver for control, autonomous vehicles have a...

Intel has launched a new processor dedicated to building and enhancing features for connected cars and IoT.

Intel’s Atom processor E3900 series was built “to support the rapid development and the growing complexity of IoT business” and aims to make it easier and cheaper for car manufacturers to include connected features within...

It's no longer an 'if' but a 'when' driverless and connected cars are on the roads, according to Atkins' technical director Neil Thomas.

The company, which works with the University of the West of England's VENTURER, is trying out driverless vehicles to examined their feasability in the UK.

It has launched a whitepaper series this week, which will look at the urgent need to understand the full impact of these vehicles on cities around the world and invest in adapted infrastrucure from now... 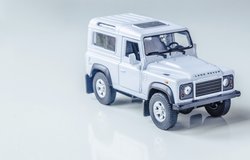 Jaguar Land Rover has announced it is creating a fleet of more than 100 research vehicles to develop and test a wide range of connected and autonomous vehicle technologies over the next four years.

The company is working in collaboration with Ford and Tata Motors European Technical Centre to allow cars to talk to each other as well as the roadside infrastructure in the future.

Some of the technologies that are being tested are the Advanced Highway Assist, Electronic Emergency Brake...

A new House of Lords select committee inquiry - closing on 26 October - is looking at how the smart technology around driverless cars and drones can evolve into a smart, autonomous transport system for the UK.The economic benefits from a world-leading industry around autonomous vehicles (AVs) have already been mapped out: a potential £51 billion for  the UK economy each...

New Tesla cars will all have self driving capabilities 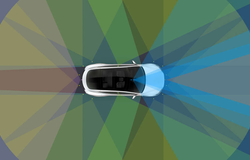 Tesla has announced that its Model 3 and all further cars produced by the brand will have fully self driving capabilities.

New Model S and Model X cars with updated hardware are in production and can be bought as soon as today, it added in a blog post.

The self driving hardware will reportedly have eight surround cameras, giving the car a 360 degree visibility of up to a 250 metre range.