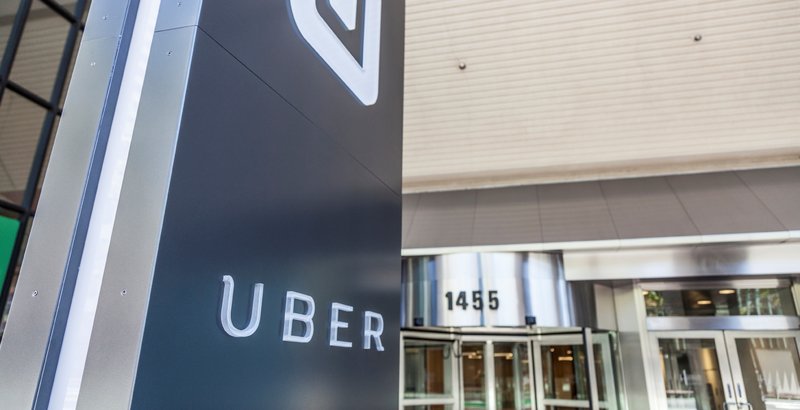 Opinion I am pretty sure that Uber’s announcements over the past couple of years around building a centre of expertise in driverless vehicles did not come as a surprise to anybody interested in these technologies.

Though Uber hasn’t clearly mentioned why it would hire a few hundred engineers or buy a startup to support its driverless capability development, as it has done since then, the reason is quite straightforward: replacing more than one million freelance taxi drivers and potentially enter new markets.

By going driverless, Uber would obviously get rid of their main cost factor – human retribution, which is in the order of 65% to 80% on ever ride. Consequently, they would not only increase their profits by capturing 100% of the fare, but would put any competitors out of business, if they have a business model which would rely on drivers.

What is even more attractive is that by providing Uber Pool services – a taxi pooling app – Uber would be able to even further reduce unmanned trip costs by splitting fares between four or five clients. Combining both services would slash an inner city trip price to levels much lower than a metro or bus ticket, sealing not only the fate of taxi drivers, but seriously denting the competitiveness of the public transport industry. Moreover, such unmanned pooling services would not only be unbeatable price-wise, but could additionally offer a higher level of service.

Furthermore, unmanned pooling taxi services would provide multi-point to multi-point operations – essentially from any point A to point D, without having to stop at stations B and C – rather than the point to point operations these transport modes currently provide. In other words, unmanned pooling taxi services would offer a better 24/7 public service for much less.

How attractive to public authorities would such a service proposal be? Well, if we consider that some cities, such as Altamonte Springs, a city of 42,000 inhabitants in Florida, are already subsidising Uber pooling services, any solution promoting multimodal transportation via ride sharing for much less than a bus ticket would unquestionably raise high expectancies. In increasingly indebted states or municipalities, reducing or eliminating transport subsidies altogether would be an extremely appealing argument that most likely will reduce planned investment in public transport, at least in medium sized cities with no high transport capacity issue.

What might have come as a surprise to many readers – at least it was for me – is that Uber has already started providing unmanned commercial services. After initiating tests in May, Uber has introduced it to a few Pittsburgh residents in early September. In fact, through Uber Pool App, two riders can enjoy inner city transport in a driverless Ford Fusion.

For those who have not seen the car’s picture, it is equipped of several traffic light detecting cameras, a radar system and 20 spinning lasers generating a 360 degree 3D map of the neighbouring environments. To accelerate the deployment of these unmanned services, Uber has even ordered a fleet of 100 Volvo self-driving cars for future usage, which will most likely look and feel like the future ‘serial’ driverless cars, or at least what we are all envisioning they will look like.

Having said that, these Uber taxi services aren’t completely unmanned. In order to meet Pennsylvania’s safety regulations, each car comes with a normal driver, who can take over when needed, and an engineer who monitors data can intervene and report any abnormal event back to their lab. From early user feedback, it seems that besides the normal hiccups with these technologies, the experience is appreciated by most and the service seems quite safe. Nevertheless, Uber contracted an overall insurance, which would cover every passenger with a $5 million accident insurance premium, just in case of accidents.

Though applying driverless technology in city centres would be easier from a legal perspective, as the speed is usually limited to 50 km/h, Uber is also positioning itself with regard to non-passenger transport markets. It recently bought a 90 employee startup, Otto, which developed a kit that allows trucks to steer themselves on highways. This system, which is being tested in California, is likely to be part of a new long haul service. Furthermore, some of Otto’s technologies will be incorporated into Uber’s driverless cabs, as well as integrated in inner city delivery services such as Uber EATS, now also available in Europe. In the medium term, we could even envision that this new acquired technology may leapfrog into highway platooning services; with the possibility to control a fleet of about 20 cars, or several trucks from a master truck.

By redefining the fundamentals of the $2.3 trillion car market and the $5.4tn transport service industry, driverless technology is attracting new actors with deep pockets to these markets. Uber is obviously only one of the many potential players in this transformation. However, it is clear that with its recent moves, Uber is well positioned not only to strengthen its current position on its core taxi market, but also to move into new transport business sectors. Unlike the Googles, Apples, Microsofts, and other big IT companies of this world, or even car manufacturers, it has both the credibility and the existing IT infrastructure to provide these services.

Moreover, and I believe even more essentially, Uber has proven that it isn’t scared of antagonising an entire industry, or facing strong public reaction – something that such disruptive technologies will undoubtedly trigger.

Serge Van Themsche is a consultant in the area of automation, energy and transportation. He held senior executive positions in these sectors, managing projects and people worldwide. He participated actively in several European funded projects such as Protectrail and SECUR-ED and was a member of International committees specialized in Security, IT and services in transportation (i.e.: UITP). He holds a North American bachelor’s degree in Business & Administration from HEC Montreal, Canada. These studies were followed by specializations in industrial control, as well as in industrial marketing (INSEAD / France), innovation (Standford Executive Institute / USA) and software project management (Open University / UK). He masters many different languages and has a keen interest in technology development related to system integration. He recently published a book called: The advent of unmanned electric vehicles; The choices between e-mobility and immobility.