Connected car opportunities: Is self-driving leading us off course? 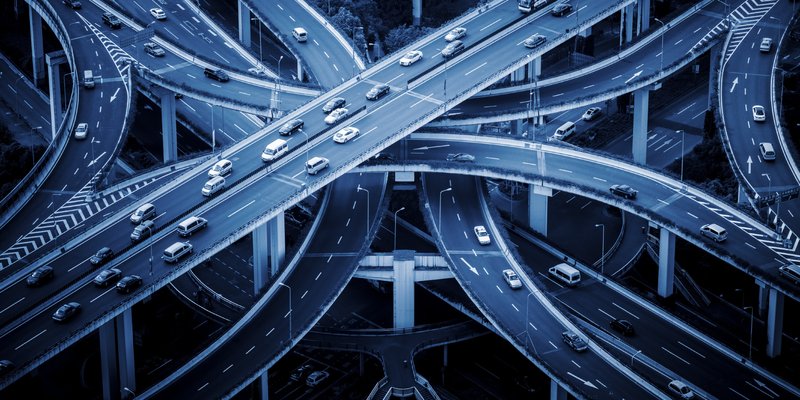 “They’re digging in the wrong place!” This is one of our favorite quotes from the first Raiders of the Lost Ark film, evoking that beautifully captured moment when, deep down in an Egyptian tomb, Indiana Jones and friends realise that the Ark of the Covenant isn’t buried where they thought it was.

From what we are seeing, the same could also be true when it comes to automakers and technology providers in the connected car space.  The industry has been buzzing for years now that self-driving cars as an everyday driving option are just around the corner.  Indeed, we recently attended a conference where a senior manager of innovation at a very large ride-sharing company said that, by 2017, we will see “lots of self-driving cars whisking people all over the place.”

While self-driving cars are certainly sexy from an innovation perspective, and the notion captures the imaginations of many consumers, could it be that technology and automotive makers are … you know… digging in the wrong place, at least for right now?

The truth is that there is still an awful lot to figure out when it comes to self-driving cars. Take maps as a single example.  One of us, on a recent family trip to Spain, put our destination into the map application of our rented car, and off we went.  The map app sent us through streets that became increasingly narrow, until there was literally no way to follow the little blue line on the screen; the streets were simply too tight – even for our relatively small European rental car.

Indeed, there have been numerous cases in which map technology simply was not informed with the most up-to-date information.  Just last year, a woman was killed and her husband seriously injured when their map technology routed them over the partially demolished Cline Avenue Bridge in Chicago, which has been closed since 2009! Since this map technology provides the navigation information that self-driving cars steer to, it is clear that some major elements still need to be worked out.

The same goes for the self-driving technology itself.  We are still figuring all of it out. And while we’ve seen some steps in the right direction, we still have a ways to go until the self-driving mechanism is really ready for prime time.  You can see evidence of this in several widely publicised incidents where drivers of ‘self-driving’ cars had to take control to avoid issues or ‘self-driving’ cars that were involved in accidents.

Yet we have recently seen many manufacturers and technology providers overpromise and overreach when they talk about their self-driving technology, which can confuse a population that has come to accept technology solutions at face value.  Indeed, Tesla’s dubbing a collection of assisted driving technologies ‘AutoPilot’ may suggest to consumers who do not take the time to understand the technology that the car is not completely self-driving. The technology itself is good – indeed, maybe too good. Trent Victor, Senior Technical Leader of Crash Avoidance at Volvo, was recently quoted as saying, “It gives you the impression that it is doing more than it is.”

Another major concern to be dealt with before self-driving cars can become a reality: The moral dimension.  The world is not perfect, and a self-driving car will one day be forced to make a decision between two bad options.  What happens when a child in the neighborhood throws a ball into the street and runs after it, and the car has no choice but to hit the child or hit the elderly couple walking close by?  Who will be assigned fault? The car? The driver? The car manufacturer? The technology company that created the self-driving technology? The answers to such questions are being sorted out by insurance companies, regulators, and vehicle manufacturers and their suppliers; but we are unlikely to see answers to these difficult questions by 2017.

Self-driving vehicles aside, however, we do see many places automotive and technology companies can dig right now and make real progress for consumers when it comes to connected cars. You see, there is so much technology that has already been created and can be infused into cars that would make driving and riding experiences more interesting, enjoyable, and safe.  By doing so, we can discover and create innovative connected car solutions to bring to the masses today.  And, most importantly, consumers would pay for these improvements!

Let’s talk about a few of these untapped “wins” and give you a little perspective on what consumers think of these technologies.  First, we can revisit a little category called entertainment.  There are myriad ways to improve the entertainment value of a car, and GfK ad hoc research shows that significant proportions of new car intenders say they would be willing to pay more for a car that had better entertainment built in.

Consider the possibility of making all cars hot spots – imagine what that would do for all of us!  Over 50% of consumers surveyed said they would be very interested in having this technology included in their cars.  If you can provide screens for your passengers (not the driver – please), then they can browse the web, watch shows from their favorite streaming media providers, and even order groceries.  You could make the car not just more entertaining, but also more productive.

Next up, let’s talk data.  We mean big data … of the car variety.  Of all connected car scenarios we tested, other than safety-oriented scenarios, having a car that did a better job tracking and managing car data was the scenario that was most appealing to consumers across virtually all markets.  Clearly consumers understand that we have reached a day and age when the lights on our dashboards should offer us much more than the “Service engine soon” orange light -- or the “Don’t drive anymore or you will perish” red light.

Cars today know what is wrong with them, and providing that information to drivers would certainly take a load off their minds. Why not use the technology that is already built into the car and create a “smarter” vehicle that helps consumers understand what is wrong with it?

Or how about we start to surface and track car information in dashboards for consumers?  One can only imagine what consumers will do with the data, but they are certainly happy to track how many steps they take a day and how many hours they sleep (or do not sleep) a night.  A nice, easy, and interesting dashboard could track, on a trip-by-trip basis, things like the number of miles you drove, your average speed, the amount of time in the car, how much idle time there was, and how much gas you guzzled.  Wouldn’t it be interesting to create an app that customers could customize and see what happens?

Then, of course, there is the notion of including the equivalent of a black box for those pesky things called accidents.  Over time, this sort of technology could store not just a minimum amount of data, but lots of information that will provide enormous value to consumers, to police, to insurance companies – you name it!

Finally, but certainly not last in line from a consumer perspective, there is safety.  According to our research, safety is the number one priority for consumers when it comes to leveraging connected car technology.  And there are many ways to make cars safer that are not all about making them self-driving.  For example, leveraging extant technology, we can surface data to drivers that would alert them to upcoming road hazards.  Or how about we use cameras and facial recognition technology to help understand when drivers are not as alert as they should be? Or what if we strategically locate those backup cameras in other places around the car to help us keep a better eye on everything around us?  In our study, 86% of consumers said that safety-oriented connected car technology was very appealing, and almost 2/3 said they would pay more for connected car features that help make cars safer.

Without a doubt, we should continue digging as fast as we can to usher in the era of self-driving cars. While we wait for that technology to be perfected, however, we can leverage technology available here and now to deliver experiences that consumers can enjoy today.  As they say, “X never, ever marks the spot”; and in the world of the connected car, we need to look beyond the map to discover treasure today – and tomorrow.

Kevin Taylor is executive vice president of GfK’s North America technology team, a team of seasoned professionals that consults with and provides research based insights to many of the world’s leading technology firms. Taylor has spent his career in the technology industry delivering smart insights to help create winning products and services and delightful customer experiences. Dick Williams is vice president on GfK’s automotive team, working with original equipment manufacturers, suppliers, and distributors. Williams’ particular focus is on expanding work with passenger vehicle tire makers and providing both syndicated and custom consumer insights to Tier 1 manufacturers.